This Man is No Savior of Children

For over 20 years, Kevin Daniel Annett has been masquerading as a champion of children's causes and an activist against the Crimes of Church and State.  In reality, this man has perpetrated a fraud of the most heinous kind by preying on the sympathies of those concerned with the welfare of children and those disaffected Catholics seeking to understand and right the wrongs of Catholic Clergy Abuse.  This has afforded him with notoriety, numerous trips around the world and a platform from which to spin his world-view.  All is not what it seems when it comes to this man of the cloth and his true agenda. This website aims to shatter the myth that this is the right man for the job when it comes to exposing the 'truth'. 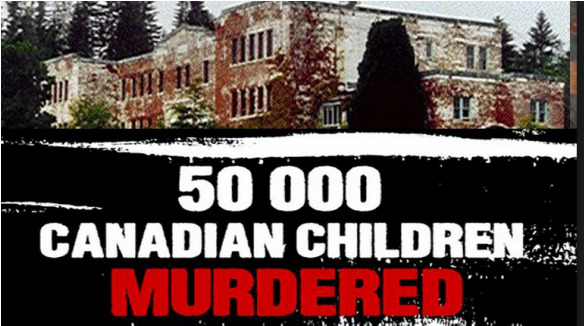 Too many ex-supporters have come forth, asking for help, asking for guidance, wanting to find a way to make sense of their involvement with Kevin Annett.  Most of them having fought hard against people who have exposed Kevin as a liar, a con-man and a fraud.  These people can't be faulted for trying to help a man they believed was making change in the world but they do wonder how they could have been misled, could have missed the signs that this was a one-man delusion.  Most of all they are disgusted that Kevin Annett took advantage of peoples empathy, their caring and their need to do the right thing - FOR THE CHILDREN.

This website was born out of the collection of stories by Residential School Survivors, activists and ex-supporters of ITCCS who have shared their experiences, their pain and frustration at being smeared, slandered and attacked for seeking their own truth.  This site is dedicated to the children, whose experience of suffering and abuse was used to gather donations and notoriety.  It is for the 50,000 who still cry out from their graves, who were promised justice and repatriation.  It is for those children who suffer abuse every day from those they trust to protect them.

It is the hope that Kevin Annett and those who enable and support him will be stopped; never to use the suffering of innocents again.

My name is Heather Martin.  I am a Registered Nurse, activist and blogger.  I’m the creator of the blog Kevin Annett Must Be Stopped and this is my testimony of my experience with Kevin Annett.  I’m doing this today as a way of getting my own story out so that people who have had something to do with him, who think they are supporting a man of the cloth, who are supporting a man who is trying to bring down The Powers That Be can understand that this is not really who they are supporting.

It’s important to know that for the last three and a half years, I’ve written over 140 articles using Kevin’s own words and work to expose him as a con artist and a fraud.  I’ve used his claims and the facts to show people that the ITCCS does not exist, the ICLCJ does not exist and that nothing Kevin has claimed to have done is true.

I am not the only person to have proven these things and certainly not the only person who has been attacked for criticizing Kevin Annett. Many former supporters have suffered the consequences for questioning his motives and methods and have been called ‘black operatives’, ‘smear artists’ and have been accused of taking bribes, stealing money and working with the Vatican. Please see the Testimonials and Slander pages for more info.

It is important to realize that no child has been repatriated to their parents, no survivor of abuse has been made whole, no pedophile has been stopped and no head of a transnational criminal organization has been brought to justice. No videotaped evidence or transcripts exist of the trial that brought down Pope Benedict.  No videotape has been provided of the takedowns and church reclamations Kevin claims are happening worldwide. The only proof he offers are his own statements.   He expects you to just believe him.

All of it (of course) is an elaborate lie.

And it is a lie that has been funded by good and well meaning people who are frustrated with the current system who have bought into this lie and have given their hard earned money thinking that it is saving the children.  People really want to believe everything he says is true but when they begin to suspect they were wrong about Mr. Annett and begin to ask questions, they are made an example of and it is Kevin who paints himself as the victim.  They are publicly slandered and shamed and accused of things that are just as untrue as the rest of Kevin's claims.  This is the penalty paid by anyone who has dared to speak up or speak out.

Consider this, I could have been his biggest supporter had he not turned out to be a liar, but I chose to expose him as a con artist whose job is to steer you away from the truth.  Realize that he wants you to believe that he’s got it all covered, while nothing has changed, so that you don’t ever lift a finger to change the world yourselves.  And all the while the criminals still roam around free.  It is the ultimate disinformation and distraction (psyop) plan for the newly awakened masses and while he may deny it, what he is doing serves the cause of those he claims to fight against.